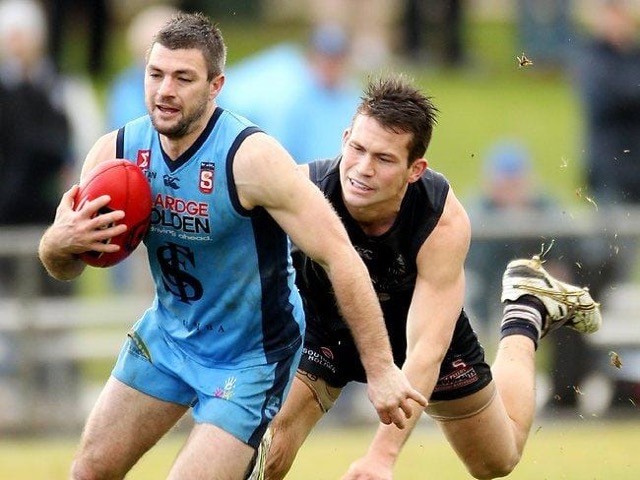 Born in 1985, Luke Crane was an elite junior who represented Tasmania at U16 and U18 level, as well as with the Tassie Mariners in the TAC Cup. A native of George Town, he made his senior debut for his local club as a 15-year old in 2001, and was a member of NTFA premiership teams in 2002 and 2003 – the first of what would be eight consecutive flags for the club.

After he was unsuccessful in being drafted to the AFL, Crane relocated to Queensland in 2004 and joined QAFL side Zillmere. Over the following three years Crane’s form was sensational, winning Zillmere’s Best and Fairest award in all three seasons and being chosen to represent Queensland in interstate matches against Western Australia and the ACT. He was also a member of Zillmere’s Grand Final team in 2006, and was named his side’s best in their loss to Southport.
In 2007, Crane set his sights on playing at a higher level and moved to South Australia to play with SANFL club Sturt. He quickly established himself as one of the finest rovers in the competition, with endurance running, hardness at the contest and goal-kicking ability the cornerstones of his game. These attributes saw Crane bestowed with numerous accolades during his seven seasons in South Australia: after finishing runner-up in his first season, Crane won the Magarey Medal as SANFL Best and Fairest in 2008 – only the second Tasmanian to do so.

He was also twice named Sturt Best & Fairest, was selected three times (2007, 2008 and 2011) in the Adelaide Advertiser’s Team of the Year and represented South Australia in a famous win over Victoria in 2008.

Premiership success, however, eluded him, a Grand Final loss in 2009 the closest he would get. Crane retired from SANFL football after the 2013 season, subsequently joining Portland in Victoria’s Hampden Football League. After only one season, Crane was appointed playing coach in 2015, a position he has held for the past four years, including in 2017 when a knee reconstruction saw him miss the entire season.