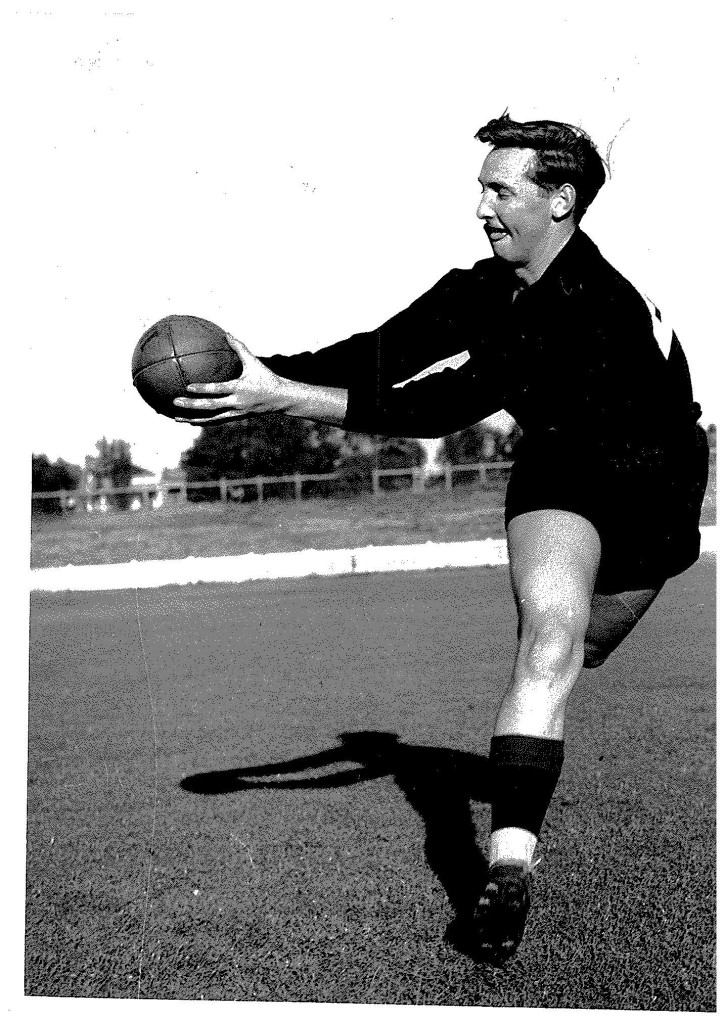 A no-nonsense ruckman and larger-than-life character, the tale of Maurie Sankey is one of football’s great tragedies. Born in 1940, Sankey came from good sporting stock, with his father Joe a noted north-west sportsman. Commencing his senior career with NWFU club Latrobe as a 16-year old in 1956, Sankey quickly established himself as a brilliant young player, and represented the NWFU in intrastate football.

By the end of 1958, Sankey’s talent had attracted interest from across Bass Strait, and – after allegedly turning up at the club and asking for a run – he was recruited by Carlton shortly before the 1959 season. Sankey played reserves football for the Blues for much of the year, however his late-season form earned him a senior debut just before the finals. Over the following six seasons Sankey carved out a reputation as a highly-promising young big man: an excellent tap ruckman, mobile for his size and dangerous around goal, Sankey formed an effective partnership with future legend of the game John Nicholls and he was one of the Blues’ best during their gruelling 1962 finals campaign, including the Grand Final loss to Essendon.

A tough, ‘take-no-prisoners’ style of big man, Sankey wasn’t afraid to throw his considerable weight around; once during a finals game, teammate Gordon Collis recalls Sankey came onto the ground and “clobbered a couple of blokes”, which “really sparked the team”. An immensely popular clubman, Sankey’s leadership ability saw him appointed vice-captain to Sergio Silvagni in 1964, and he retained the position upon the arrival of Ron Barassi as captain-coach the following season.

By the end of 1965, Sankey had played 100 games for the Blues and appeared destined for a great career; however – 12 weeks after the end of the season – Sankey was tragically killed in a head-on car collision near Wangaratta. More than 50 years later, it is a testament to Maurie Sankey’s talent and character that he is still just as fondly remembered by all who knew him as a wonderful man, and as a brilliant footballer cut down in his prime.