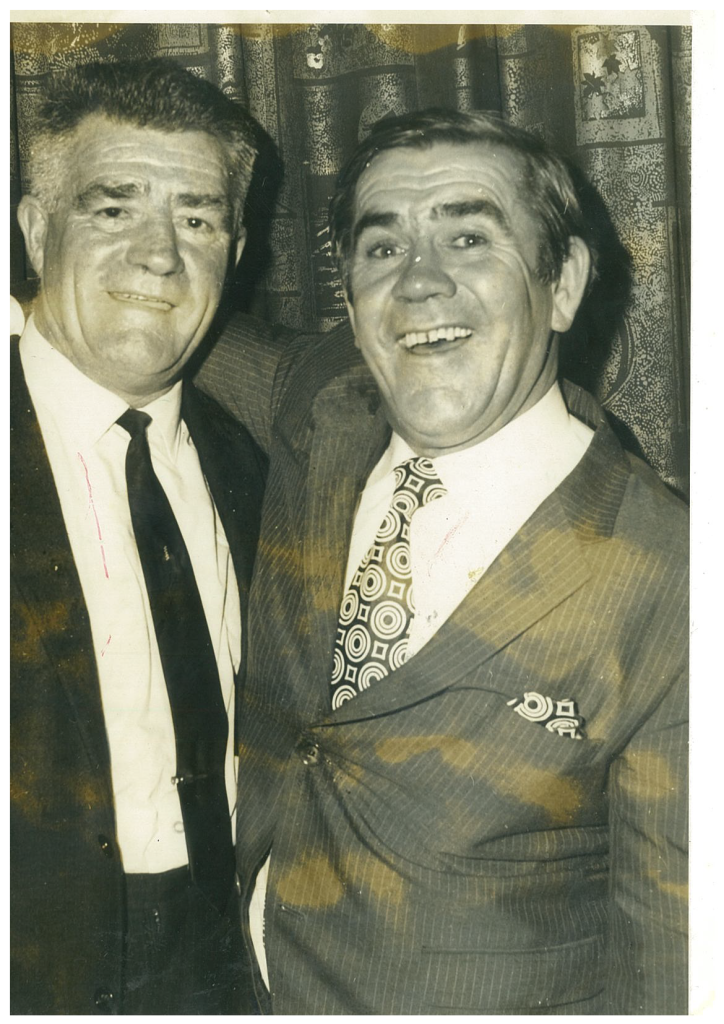 Born in Ulverstone in 1918, Vic Castles showed virtually no interest in football until after moving to Victoria with his parents. First taking up the game at Port Melbourne Primary School thanks to his sports teacher (and Australian squash champion) Mervyn West, Castles’ first taste of senior footy came in 1940 when he joined Port Melbourne in the VFA. Standing 173cm, Castles was the perfect size for a roving forward, a role in which he excelled throughout his career.

A member of Port Melbourne’s 1940 premiership team, Castles missed the club’s 1941 flag through military commitments, having enlisted in the army earlier that season. The following year Castles joined South Melbourne in the VFL, and it was here that Castles enjoyed his greatest success as a footballer, finishing runner-up for the best and fairest award twice and runner-up in the club goal-kicking four times.

His best season was 1945, a year in which he booted 38 goals, including three in the infamous ‘Bloodbath’ Grand Final loss to Carlton. After 100 games with South Melbourne, Castles returned to Tasmania in 1948 as captain-coach of Burnie. Castles’ three seasons in charge of Burnie were only moderately successful, however his own personal form saw him selected to represent Tasmania at the 1950 National Carnival in Brisbane.

In 1951 he moved to Wynyard (also as captain-coach), leading the club for one season before relinquishing the role. Remaining with the club as a player alone for 1952, he was a member of Wynyard’s premiership team under the great ‘Dasher’ Eaton. Castles subsequently wound up his career with coaching roles in Victorian country football.
In later years Castles retained a strong connection to the game. He was a football columnist for ‘The Advocate’ for many years, served time on the committees of a number of north-west clubs and was a key figure in the foundation of the NWFU ‘200 Club’. He was also heavily involved in junior development, coaching youth teams as well as running coaching clinics in Tasmania’s remote west coast communities. Vic Castles passed away in 1993, aged 75.