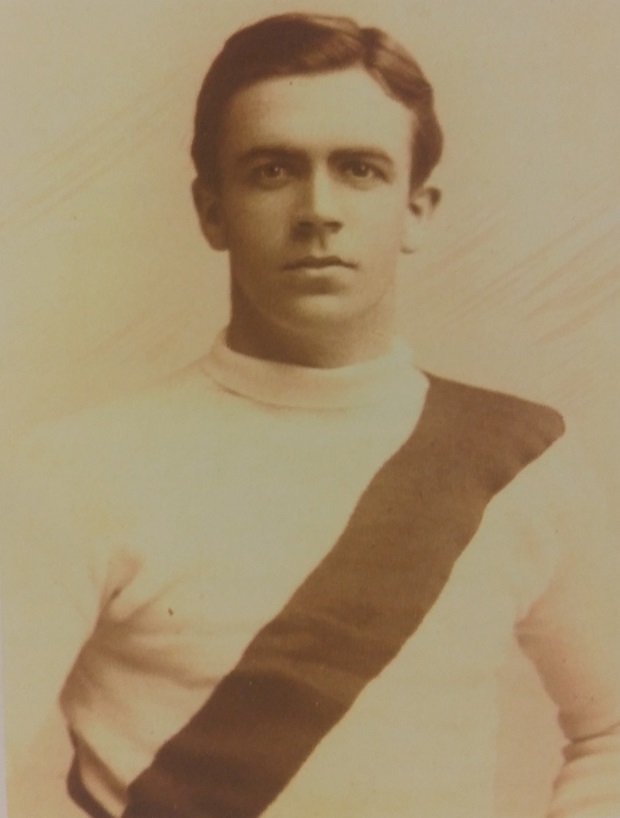 Born near Launceston in 1888, Vic Belcher grew up in the Derwent Valley region near Hobart before moving to Melbourne as a teenager. His senior playing career began in 1905 when he joined older  brother Allan at VFA club Brunswick.

He quickly impressed observers with his play as a defender,  and in 1907 he joined South Melbourne at the approach of club secretary Bert Howson. For the next  14 years Belcher established himself as one of the VFL’s premier ruckmen.

Renowned for his ability  to tirelessly ruck all day, Belcher’s approach was tenacious and workmanlike rather than stylish  and graceful. A premiership player in 1909, he became South Melbourne/ Sydney’s only dual  premiership player until 2012 when he also featured in the 1918 triumph, a game seen by many as  possibly his finest hour: in a very tight match, Belcher’s untiring efforts were seen as the  difference between the two sides.

His outstanding leadership ability also saw him appointed South  Melbourne captain and coach from 1914-17; in this capacity, Belcher made history during the 1912  finals series, when he and Allan became the first brothers to captain opposing VFL teams.

Departing South Melbourne in 1920 after 226 games, Belcher spent a season as a VFL boundary umpire  before resuming his coaching career with Fitzroy in 1922, guiding them for three seasons, including  the 1922 premiership. He then returned to his home state of Tasmania in 1925, signing as playing  coach of NTFA club City after receiving a playing clearance from South Melbourne.

A popular leader  with City, his season was cut short by an injury sustained in an intrastate match. Belcher returned  to Victoria in 1926, his final involvements in football including two more seasons as coach of  Fitzroy, another two years of umpiring, as well as coaching stints with Brunswick, East Brunswick  and Old Scotch.
An inaugural Australian Football Hall of Fame inductee, and a member of the South Melbourne/Sydney  Team of the Century, Vic Belcher passed away in 1977, aged 88.