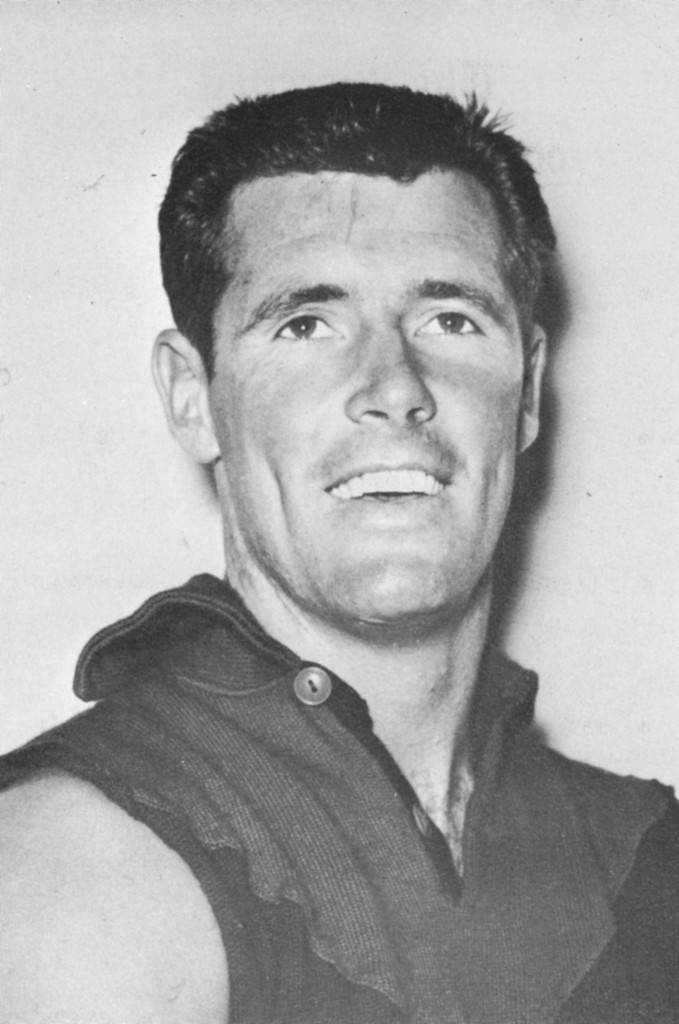 A fine ruckman/forward, Graeme ‘Dreams’ Wilkinson will go down in history as one of the most influential and successful on-field figures in the history of the City-South Football Club.

Born in Victoria in 1938, Wilkinson’s first taste of senior football came with Glenhuntly in the Victorian Amateur League before he was recruited by VFL side Melbourne in 1957. He would play only one game (in 1958) in three seasons with the Demons before joining Richmond early in 1960 after impressing Tigers recruiters in a practice game. Richmond in 1960 under Alan McDonald were a very poor side, winning only two games for the season, and Wilkinson’s 21 goals was enough to top the club’s goalkicking table. The following season was not so successful for Wilkinson, with only 11 goals from 11 games, and at season’s end he was offered the position of captain-coach at NTFA side City-South, which he accepted.

Wilkinson’s first season with City-South was nothing short of sensational. Playing a combined forward-ruck role, 24-year old Wilkinson topped the Redlegs’ goalkicking table with 35 majors and led his side to firstly the NTFA minor premiership and then the premiership proper with a 15-point win over Longford; he also represented Tasmania for the first of six occasions. After moderate success in the subsequent two years – including a seven-goal haul from Wilkinson in a 99-point 1st Semi Final hiding of Launceston in 1963 – City-South stunningly missing the finals altogether in 1965. However both club and coach bounced back in spectacular fashion in 1966, finishing second on the ladder and dispatching minor premiers North Launceston in the Second Semi before overcoming a determined Scottsdale to take out the NTFA flag. Then, unlike four years earlier, City went all the way to the pinnacle of Tasmanian football, taking out the club’s first State premiership since the legendary 1960 combination with a tough eight-point win over Hobart at York Park. Aside from the team success, 1966 was also a spectacular individual year for Wilkinson, who as well as coaching his second premiership took out the A.W. Orchard Trophy as the Best and Fairest player in the NTFA and represented his adopted state at the National Carnival in Hobart. It was by this point that legendary commentator Harold ‘Nunky’ Ayres had bestowed upon Wilkinson the moniker ‘Dreams’, a name which would stick with Wilkinson for the rest of his time involved in football.

Wilkinson stepped aside as coach of City-South after the 1967 season, however he continued on as a fine player for the club for another five seasons, winning the club’s Best and Fairest award in 1968. He retired at the conclusion of the 1972 season aged 34, having missed the side’s 47-point NTFA Grand Final win over Launceston. He had played 204 and coached more than 100 games for the club, and when it came to selecting the City-South Team of the Century in 2002, Wilkinson was one of the first selected, named in a forward pocket and bestowed the honour captaining the side.

Post-retirement, Wilkinson had a one-season stint as coach of City-South again in 1973. He then moved into the media as a prominent commentator on ABC radio covering a wide variety of NTFA and TFL Statewide League matches. He also served for a time as an administrator with the NTFL after the turn of the 21st century.