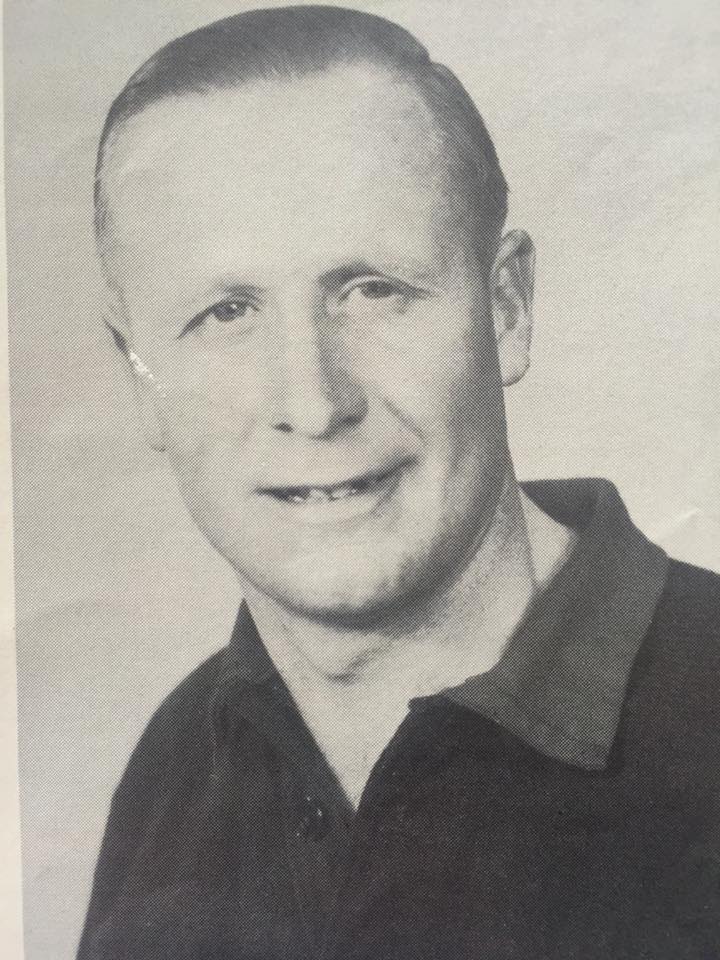 One of the finest centremen of his generation, John Fitzallen enjoyed a brief but highly distinguished career with Longford during the club’s golden era of the mid-1950’s.

Born and raised in the southern midlands town of Tunbridge, Fitzallen’s first taste of senior football came with the Tunbridge Football Club in 1952 during the inaugural season of the Oatlands District Football Association. After playing in the first ODFA premiership team in 1952 and winning Tunbridge’s first two Best and Fairest awards in 1952-53, Fitzallen was keen to test himself at a higher level, and played a practice match with Longford in early 1954, impressing the club’s officials with some excellent form. However, Fitzallen’s decision to play for Longford was controversial, as the unofficial point of demarcation between the TANFL and NTFA recruitment zones was the Macquarie River – a river that ran right through the middle of Tunbridge! As Fitzallen resided on the Hobart side of the river, the TANFL attempted to force him to play in the Hobart-based league instead of the NTFA, however Fitzallen managed to circumvent the rules by setting up a caravan for himself on the northern bank of the river within the NTFA zone. The ploy worked, and Fitzallen lined up with Longford for the 1954 NTFA season.

It soon became apparent that the Tigers had secured the services of a magnificent footballer, as over the next eight seasons Fitzallen made an enormous impact on the Longford Football Club and the NTFA as a whole. Tall for a centreman of the day at 6’0” – he was described by teammate Gerald Mahar as “a tall, skinny bugger” – he was blessed with magnificent skills, cat-like elusiveness and superb recovery skills at ground level, all of which helped him dominate the middle of the ground. In 1955 he was a member of the Fred ‘Mulga’ Davies-led team that defeated City to bring home Longford’s maiden NTFA premiership, and the following season he would win his first of five Longford club champion awards. His best season however was undoubtedly 1957 – in a year when Longford claimed not only another NTFA title but also their only State flag, Fitzallen took out the Tasman Shield Trophy as the fairest and best player in the NTFA and his second consecutive club Best and Fairest; in effect, he was the club’s greatest performer in their greatest ever season.

1958 saw a second consecutive NTFA premiership for Fitzallen, and also his first state representative honours as part of the legendary 1958 National Carnival side in Melbourne. It was to be the first of nine matches for Fitzallen in the map guernsey, the most famous of which was undoubtedly as a member of the iconic 1960 Tasmanian team that stunned the might of the VFL in Launceston. He made his second and final carnival appearance in 1961 in Brisbane, a year that also saw him claim the third in a hat trick of Longford Best and Fairest awards. The 1961 season also turned out to be Fitzallen’s last at Longford, departing the club after 141 magnificent games. Upon his departure he returned to Tunbridge in the ODFA, and in 1966 repeated his 1957 achievements by winning club and Association Best and Fairest awards in a premiership year. He remained actively involved with the club until it folded at the end of the 1981 season, and was named a life member. His impact with the Longford was recognised by his being named on the wing in the club‘s official Team of the Century.

John Fitzallen passed away in 2018.